Ready to make your own beef jerky? Let's look at the different cuts of beef to find the best option next time you head to your local grocery store. First rule, the best meat for a jerky recipe are not great cuts for grilling. Jerky is as much about finding the right cuts of meat as it is the marinade. The jerky-making process itself is quite simple, so let's read on about how to make homemade beef jerky.

What is the Best Cut of Beef for Jerky?

A great choice, and most popular choice, for making beef jerky at home. You will most likely see this labeled as London Broil. This economical cut has just the right amount of intramuscular fat for tender jerky. This is my pick for making the best beef jerky. The top round is also the favorite amongst commercial jerky makers if that tells you anything.

The bottom round roast is a lean meat and a great option for homemade jerky. It will not be as tender as the top round, as it lacks the marbling, though will still make a flavorful jerky.

The eye of round also has a very low-fat content but is going to be the least tender of the group not to mention the least flavor. If this is what you have to work with then I would suggest a bold marinade for this type of meat. The eye of round probably has the least “beefy” flavor of any part of the cow.

The flank is a popular option. It will be a more flavorful cut compared to the round cuts, but will not be quite as tender. That and the flank steak is going to be much more expensive which is a deal breaker for me.

A brisket flat when dried is called Cowboy jerky. I’m not talking about the overcooked smoked brisket you’ve had either. Cowboy jerky is made from thin strips of Brisket, usually the flat, and is another great choice for making jerky if money is not a factor for you. If I was able to find a brisket flat on sale and with all the fat trimmed off then this would be a strong contender for me.

For jerky? I’m not a fan for a few reasons. First, it has too much intermuscular fat for me to want to deal with. Not thick fat caps rather it has small fat pockets that must be trimmed away. Second, once you slice it across the grain it will make for a pretty thin strip of meat. Save the skirt for your fajitas, it’s not worth the time or money to make jerky with.

The top sirloin is a good cut to work with as long as you are buying it with the fat cap removed. The top sirloin with the cap attached is called Picanha and is used in Brazilian steakhouses. Top sirloin when prepared correctly is a flavorful cut of meat whether you are grilling it or drying it. It has the intramuscular fat, marbling, to make tender jerky meat and a great steak.

This is a very underused cut of beef. Not for jerky but for your center of plate protein. It looks like a skirt steak but 2-3 times as thick and even more tender and has a rich beef flavor. Grill it up to medium rare and slice it against the grain. Don’t use it for jerky.

This ball steak is a great grilling steak. Let’s leave it at that.

Tri-tip is a great grilling steak for a group. It will make a flavor and tender jerky but will require a little more work and the cost will be more than a round. Once again, save this for your grill.

When it comes to fat you want to make sure there is not too much fat on the outside, intermuscular, that needs to be trimmed off. You are just throwing away that excess fat and your money. Internal marbling is good for flavor and tenderness but I would strongly advise against buying an expensive cut of meat to make jerky. It will take more work, with lower yields and I’m not sure you will notice enough of a difference to make it worth the extra costs.

Of all the different cuts of meat, the middles are the worst cuts of beef to use for jerky. The ribeye (prime rib), short loin (NY strip), and tenderloin (filet mignon) are all great beef cuts for your grill, just not the dehydrator. First, the price alone should deter you from using these cuts to make jerky. Second, both the striploin and the ribeye have quite a bit of fat that will need to be completely trimmed off. So save your money and buy the economical cuts.

When cutting the beef to make jerky you want to cut against the grain into 1/8″ thin slices. Before I start I will always take a look at how the muscle fibers are moving. You may need to start cutting from a corner. Avoid cutting with the grain as this will make for a very tough and chewy jerky. Just like with your steaks at home, cut against the grain for optimal tenderness. And please, use a sharp chef’s knife. Serrated knives just tear the meat and we do not want that. If you need a suggestion for a chef’s knife take a look at my post.

Drying your jerky is time-consuming and you can’t rush it. In your oven at home, make sure to wrap the lower part of your oven with aluminum foil to help with the clean-up. Then drape the jerky over the oven racks and let it dry at 190º for 2-6 hours. A big range I know. It all depends on how thick the jerky was cut. You will know when the jerky is done when you bend it. If it cracks then it is ready to go. If it bends but you do not see it wanting to crack then it still has too much moisture and needs more time.

Other Types of Jerky

Exotic meat such as Deer, Elk, and Buffalo make great jerky as they are very lean, to begin with. Follow the same rules though and make sure any outer fat has been completely trimmed away and then slice it against the grain.

Jerky Flavors range from salt and black pepper to ghost chile. I recommend for your first round of beef jerky making is to stick with a tried and true recipe and then experiment.

Teriyaki is a classic as it gives good flavors without being too overpowering. Soak the sliced steak in an airtight container for 12-24 hours using your favorite teriyaki sauce. I use Bachan’s Japanese Barbecue Sauce. If you need a gluten-free option, they have one of those as well.

The Top 3 Best Beef Cuts For Your Own Jerky?

These all rank as excellent choices in my book as they produce a flavor beef jerky with a tender bite. 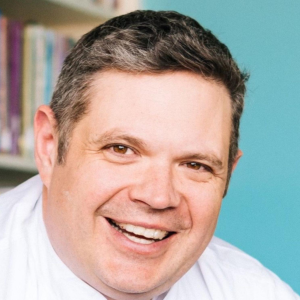